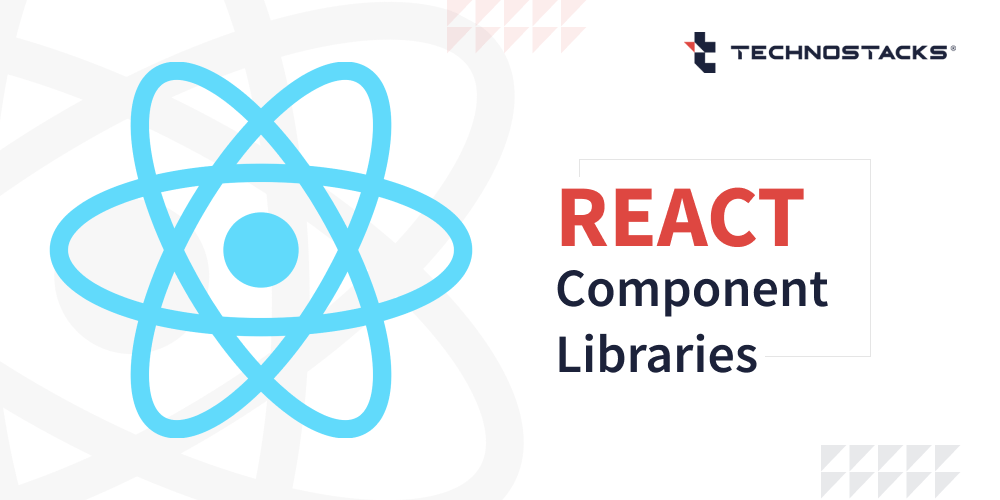 With the launch in 2013, the React JS JavaScript library started getting massive recognition around the globe. Developers need to use React JS for all kinds of applications.

One of the keys and significant reasons for the growth of React JS is the array of React component libraries. Developers have developed beautiful user interfaces for web, desktop, and hybrid applications using these easy-to-use libraries.

So, in this article, you will come to know the variety of React JS component libraries that are excelling in terms of aspects comprising the design framework, user interface, components, utilities, animations, and the layout.

Various user-interface frameworks are available because of their wide use that will help you develop a beautiful interface for your React project.

Furthermore, we have researched to curate our picks for the greatest solutions in 2023 and beyond to make it easy for you to find the ideal framework. In this article, we’ll look at the many functions and user-friendliness of each React UI framework in the following sections so you can choose the ideal one for your development needs.

You have got the list of the most popular and fastest-growing React component libraries, all of which are available today with various support systems.

You’ve also got the look at the type of applications that fit best. So, before you’re planning to go with a React project, take time to review frameworks that can stay focused at saving you a ton of time during web or app development.

Q1. What is React Component Library?
React is a JavaScript package used to create user interfaces for mobile and online apps. It contains components, which are small and reusable pieces of code. Other libraries and JavaScript components are easily integrated with the components.

Q3. What are the libraries in React?
The abundance of React component libraries is one of the primary and significant reasons for React’s rapid growth. Material UI, Ant Design, React-Bootstrap, Blueprint UI and Semantic UI are some of the best react UI libraries. The React JS JavaScript library gained worldwide popularity. For all types of applications, developers must use React JS.

Q4. What is the best UI library for ReactJS?
React (also known as React.js or ReactJS) is a free and open-source JavaScript library for designing user interfaces or UI components. With over 172k stars on GitHub, React is a popular front-end framework. Material UI, React Router, Semantic UI, Ant Design, React-Bootstrap and Blueprint UI are the best UI libraries for ReactJS.

Q6. Which is better: material UI or ant design?
Material-UI has a higher level of acceptance, with 67 corporate stacks and 77 developer stacks mentioning it, compared to Ant Design, which has 22 company stacks and 33 developer stacks.