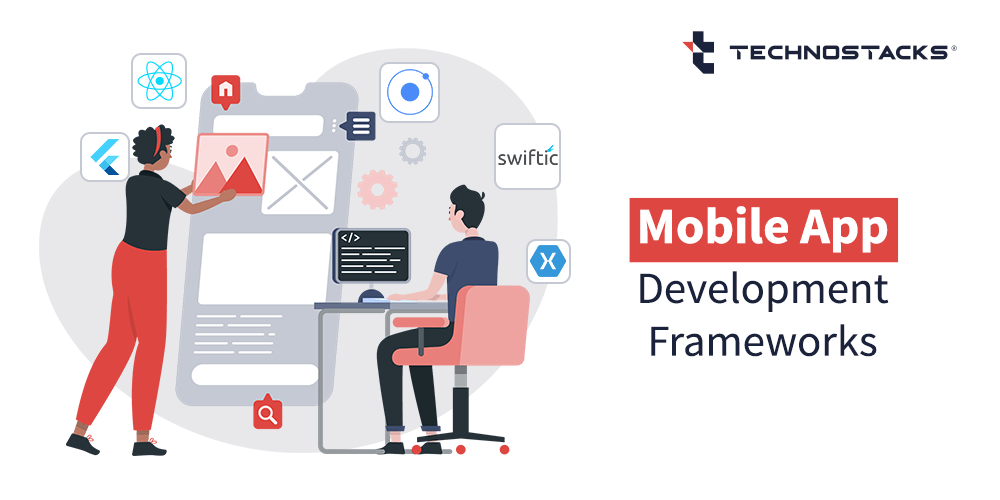 There are a number of mobile app development frameworks available and we are going to discuss only the best among that!

Native apps are expensive to establish and sustain, even though they provide an unrivalled encounter in terms of looks and performance.

With native apps, the highest customer engagement is challenging due to the variety of channels and devices. The answer is to use mobile app development frameworks to create a web, hybrid, or cross-platform mobile app for companies at an expense.

What is a Mobile App Framework?

Companies have demonstrated that mobile applications are the best way to grow their customer base. There’s never been a lack of original app concepts. Everything functioned to the benefit of application development businesses.

You don’t need to know any complicated computer languages to create an app. There are various app development frameworks for iOS and Android. All you require is a solid grasp of web-based programming languages Such as HTML, CSS, or JavaScript.

A mobile app framework is a software creation platform that includes tools and software, compilers, debugging tools, and programming interfaces, among other things. Thus, a developer creates the application’s source code and the framework and uses various elements to generate the application for the different mobile devices.

Android, iOS, as well as Windows are just a few of the digital devices available. Mobile applications come in a variety of shapes and diverse sizes. We’re not speaking about specific app areas like purchasing or games. However, in terms of how applications work on a smartphone, mobile apps may be divided into three categories.

Below are some Modern mobile app development frameworks. These can be very helpful for both android and iOS users.

In the meantime, you might need to think about these possibilities for your future mobile apps precisely. We described the most popular mobile app development frameworks.

Hence, if you have the proper app concepts, now is the opportunity to move into the development phase.

You will never have any regrets if you perform it correctly. So, if you are looking to integrate your company business or operations with mobile applications, we will be able to meet all of your strategic and development needs. Contact us for more details.